Why ending secure bonds is terribly wrong – an example from Cullman, AL 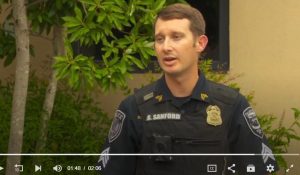 Any logical and intelligent analysis would predict that if the justice system reduced or eliminated secured bail bonds, failure to appear (FTA) rates would rise.

Here is real life evidence of that from ABC News in Cullman County, AL:

On September 13, 2018 US District Judge Madeline Haikala ordered Cullman County Sheriff Matt Gentry to allow suspects to sign themselves out of jail, the only guarantee they will come to court – their word.

This ruling came after complaints were filed that people were being detained, who could not afford bail and were being unlawfully held.

Since then Sergeant Scott Sanford with the Cullman Police Department says they’ve been busy to say the least.

In some cases Sanford says officers have arrested the same suspect twice in a single day.

“They’re able to sign out and walk right back out on the street,” said Sanford.

Another issue from this order, an increase in failure to appear numbers.

Staring in 2018, the numbers slightly higher than the two previous years.

From January first of this year until now, were already nearing pre-order numbers, only five months into the year.

Sergeant Sanford attributes this in part to the fact that the crooks have learned the system.

“If they don’t want to show up, they’re not showing up, because like I said there may be some recourse on down the line but immediately there’s no reason for them to come. they’re not losing any money they haven’t had to pay anything upfront,” said Sanford.

The stated reasons for the nationwide push to eliminate bail bonds is in this article, “people were being detained, who could not afford bail.” While a lot could be said about that, the author of this article has found from posting thousands of bonds in the Richmond, VA area that it is mostly NEVER true that inability to pay a 10% bond fee is the reason defendants do not get bonded out.

It’s important to understand that the persons who post bail are almost always friend, family members or employers of the defendant, not the defendant themselves. When we go those people and they refuse to come up with the 10% fee, it’s not because they don’t have it. It is because they know the person better than any magistrate or judge. They know that the person is highly unlikely to go to court so they won’t risk their money. Or they know that the defendant is actually safer in jail, as is the case with many drug addicts.