The purpose of secured bail is two-fold…

Help an accused criminal get back to his/her work, family and life while providing a strong incentive for the criminal to work responsibly with the justice system that works to protect the public.

While the outcome of  the trial is determined by the “innocent until proven guilty” principle, the accused are initially arrested and held because “probable cause” indicated they committed a crime. In most cases, a bond secured by cash or property provides the best incentive for defendants and their families to cooperate.

Concern about defendants who are indigent or “poor” has sparked a movement for “bail reform” though bail bondsmen have always served to make bail more affordable for the poor. Frequently, as in NJ, new reforms make matters much worse. Here are two examples (emphasis added):

UPDATE: Just days after a Fair Lawn woman accused of shooting a man in the face in an attempted murder was released from jail, a fugitive charged with trying to cover for her was captured — and then let go, as well. 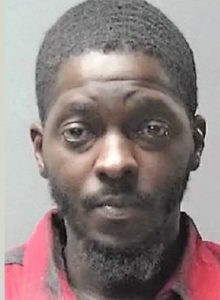 A judge on Thursday ordered Isaiah Lee released, barely 24 hours after a three-week manhunt ended with his arrest.


Lee, 35, was one of three people who authorities said lied to investigators following an attempted murder in an apartment above a Fair Lawn craft beer bar.
Lee, a self-employed construction worker from East Orange, remained a fugitive for 19 days. He was also wanted on warrants out of Newark, records show.
Bergen County prosecutors charged Lee with making a false report to law enforcement and hindering an investigation/prosecution by concealing or destroying evidence.
Peeples, Mitchell and Lee told borough police who responded to the Oct. 26 shooting call that one of two home invaders who entered their apartment at 18-15 Maple Avenue — above Stosh’s — shot the victim in the face, said Calo, the prosecutor.
It was really Peeples, he said.

Police were shocked to learn that a Fair Lawn woman charged with attempted murder after authorities said she shot a man in the face was released from jail over the weekend. 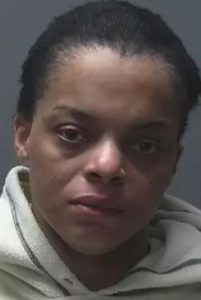 “We get that there are people who can’t afford bail, and so [bail reform] lets them stay out and work,” the officer told Daily Voice. “But in this case she flat-out shot a homeowner in the face and her accomplice is saying she did it.”


New Jersey’s Bail Reform & Speedy Trial Act was designed to ensure that poor defendants charged with minor crimes don’t stay locked up while large-scale drug dealers pay whatever amount of bail is necessary to free themselves.
Although judges often attach conditions, law enforcement authorities say the reforms have created an unending “catch and release” that allows repeat offenders to continue victimizing the public while police resources that could be used to protect it are tied up.
Peeples, 32, was charged with attempted murder after she and two accomplices claimed the victim was shot during a home invasion by two others, Acting Bergen County Prosecutor Dennis Calo said following her Nov. 2 arrest.
Peeples also was charged with weapons offenses and with lying to investigators, Calo said.

Poorly thought out bail reform movements are popping up all over the country. The proponents for the bail reform movements frequently cite the New Jersey Bail Reform & Speedy Trial Act as an example to follow. But most people agree, if the ‘cure’ is worse than the disease, it is a waste to spend millions of dollars implementing it.